Yearning to further your knowledge of sustainability?

Excited to gain an understanding of some of the world's most vexing issues?

Earn your Ideagen credential on the 17 Global Goals while learning from some of the world's most innovative minds. This comprehensive course includes instructors from the UN, Microsoft, across multiple industries, and more!

An asynchronies course that allows you to work at your own pace, on your own time, and with over 5 hours of original content and quizzes. 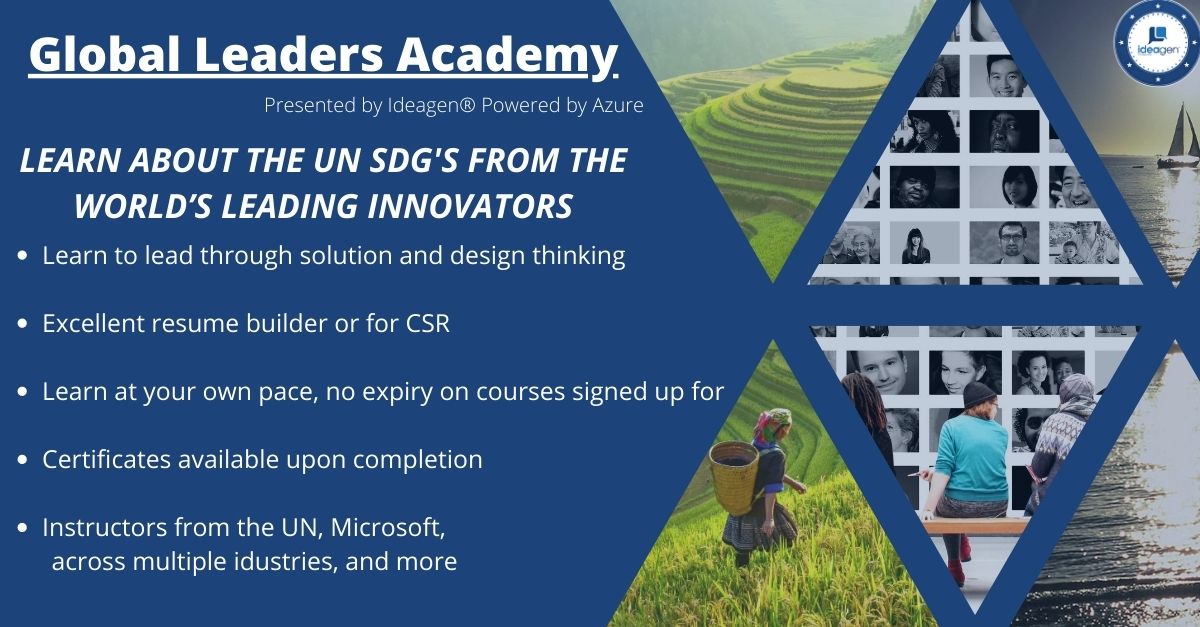 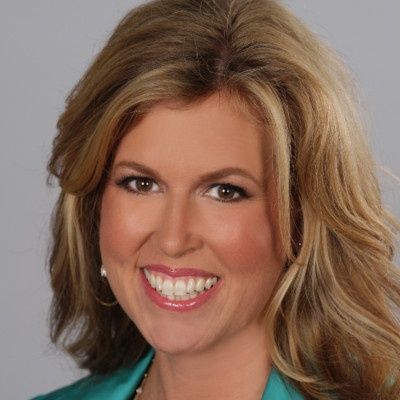 I’m a business builder establishing and leading teams that create from whitespace and build ecosystems empowering customers and partners. With over 25 years’ experience in the tech industry across the US and worldwide, I have built systems and mobilized organizations to maximize the collective power of customers, partners, technical evangelists, startups, and developers to drive innovation. As VP, AI Country Strategy & Sustainability Partnership at Microsoft, I am building the path for Microsoft’s US acceleration of its Artificial Intelligence, cloud and sustainability initiative to become carbon negative by 2030. AI and Sustainability will change and shape how we live, it is through strategic partnerships, innovation, and ecosystem activation that Microsoft will achieve these ambitious goals. I’m also a passionate advocate for women and girls in STEM and the cloud and am a Co-Founder of Women in Cloud (WiC), an organization taking action with global leaders, corporations, and policy-makers to help create $1 billion in economic access and opportunity by 2030. My mission is to live every moment with passion and compassion and leave a legacy of global tech success that stands the test of time. 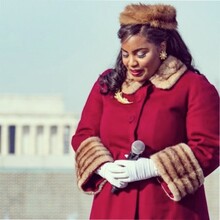 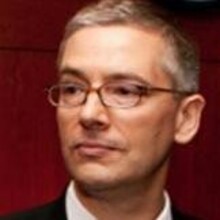 20+ years as a government relations and public policy executive. Successfully led teams in complex legislative campaigns for corporations facing significant political, financial, legal, and reputational risk. Excel at establishing and developing government relations and public policy teams to work with C-suite to achieve business objectives. Previously served as general counsel on both personal and committee staff in the US Senate and practiced corporate law. 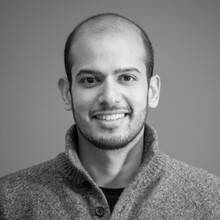 I invent new sensing techniques and build innovative hardware and software systems to address hard challenges in healthcare sensing, sustainability sensing, and human-computer interaction. My research often requires identifying and exploiting physical phenomena around us in unique ways to continually redefine what, and how, signals can be sensed. In addition to computer science, my research incorporates a deep understanding of applied physics, embedded systems, design-for-manufacturability, machine learning, software-defined radios, and cyber-physical security. More recently, I have been interested in revenue growth, competitive business and go-to-market strategy development. In 2014, I graduated with a PhD from the University of Washington's Computer Science & Engineering department specializing in Ubiquitous Computing. My Ph.D. work focused on developing novel sensing technologies and supporting software for the home that uses minimal sensors are low cost and easy to deploy. I also built and evaluated innovative electro-mechanical haptic feedback interfaces. At Microsoft Research, I have previously worked on bridging applied physics with HCI to come up with interesting haptics and sensing techniques. In my current role, I focus on developing wearable sensors for clinical decision making. I was named one of Forbes "30 under 30" disrupters in technology by Forbes magazine in January 2012. I enjoy photography, embedded hardware hacking and tinkering, and gourmet cooking. 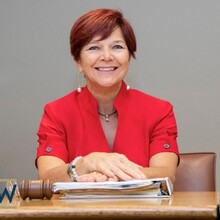 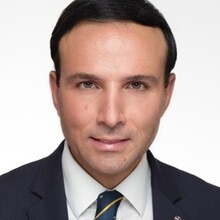 Prior to his current role as Ideagen’s Global chairman and CEO, George served as Assistant to the President of the United States and Director of the Office of Public Liaison at the White House. Having served in the Admininistration of two US Presidents and founded Axela and Ideagen over a decade ago, George has crafted countless successful policy, strategic partnership, global cross-sector collaboration, grassroots and executive communications strategies for members. George has served in all branches of the Federal Government including as Executive, Legislative US Senate Committee Staffer at the Committee on Small Business and Docket Clerk at the US Attorney's Office. As Director of Public Liaison at the White House, George was responsible for leading a team, coordinating engagement with Business Leaders, NGO and Public Sector from across all sectors and issues on behalf of the President and Administration. George is a frequent speaker at global convenings on a myriad topics. George is Global Chairman and CEO of Ideagen Global LLC, A Global Accelerator where the world's Global Leaders and CEO's from companies,NGO's and public sector convene to develop systemic solutions via catalytic collaboration to solve for x.
Get started now